Is It True That Solar Panels Can Last Up To 25 Years?

Solar panels are an amazing and cost-effective option for households to lower their carbon impact.

How long do solar panels last?

Fortunately, solar panels have a long lifespan of solar panels and can produce electricity for many years, giving you a good return on investment. Almost all photovoltaic solar panels will last for at least 25 years before they begin to degrade. 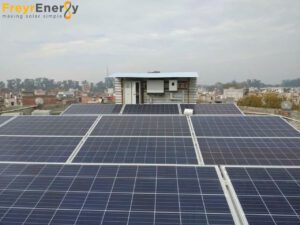 For the estimated life expectancy of the solar panels, most solar panel producers will offer a standard 25-year warranty. Your solar panels won’t necessarily need to be replaced after 25 years, but their ability to capture sunlight will be diminished. Solar panels can generate electricity for another ten or even fifteen years after that. The efficiency of solar panels is expected to decline over time, but if properly maintained, they will continue to generate decent amounts of electricity even after 30 years.

What is a Solar Panel Life Degradation Rate?

Solar panels, like a lot of other equipment, don’t work perfectly for their entire life and eventually quit functioning in year 30. Solar panels, on the other hand, produce less electricity as they age at a very gradual rate. Solar panel degradation rate is the term for this process. The manufacturer’s warranties on most solar panels fluctuate as they age due to deterioration. Typically, manufacturers guarantee 90 percent of panel manufacturing for the first ten years. After ten years, the percentage reduces to around 80% for the next 15 to 20 years. Your panels can continue to generate electricity after the system has reached the end of its useful life. Depending on your financial objectives, you may wish to replace your panels with new ones that produce more electricity.

Microcracks that occur in the silicon of the solar cells are one way that solar power efficiency degrades. Electrical connections weaken as a result of these little cracks, resulting in fewer paths for those electrons from the sun to take, and thus less energy reaching your inverter and into your home, business, or farm. Junction box adhesion problems and discoloration are also problematic.

Factors that Affect the Performance of Solar Panels

For individuals residing in the Northern Hemisphere, the solar panel must be positioned facing south, as the sun is constantly in the southern region of the sky. As a result, facing solar panels south is often the greatest technique for capturing the most amount of sunlight overall. The south-facing solar panels should be tilted between 30 and 40 degrees, with the goal of ensuring that sunlight strikes the panels at a perpendicular angle, which produces the greatest energy. In northern countries, an edge along these lines also helps snow slide off solar panels more quickly throughout the winter. Seasons, latitude and longitude, and sunshine hours should all be taken into account while adjusting the angle of inclination of the solar panels.

Excessive heat can impair your system’s ability to produce electricity. Considering the climate in your area will help you place your solar panels in a way that allows for adequate airflow, keeping them at the proper temperature for optimal performance.

How Can You Maintain Your Solar Panels Efficiency for Many Years?

Solar panels must be kept clean and free of dust and debris. Cleaning filters and fans on a regular basis can significantly extend their useful life. Keep track of your solar energy production with a trustworthy solar firm like Freyr and schedule regular maintenance to guarantee your panels are operating at maximum capacity.