Solar prices in India have reduced drastically in the last couple of years, which has alternatively led to a dramatic increase in the supply and demand for solar panel installations in the country.

Solar energy is relevant for a tropical country like India, which receives ample sunshine throughout the year. Today, India is the third largest solar market in the world as in 2019 witnessed around 7.3 GW of solar panel installations in India.  While we pride ourselves with these achievements, it is worth looking at some key aspects, which have led to a reduction in solar prices in India over the last few years. 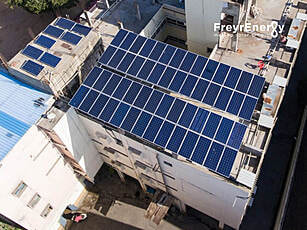 The solar energy initiatives in India such as the Green Energy Corridor project have been put in place to support the grid installation of large-scale renewable energy capacity addition. Several schemes such as Pradhan Mantri Kisan Urja Suraksha evam Utthan Mahabiyan Yogana ( PM – KUSUM), CPSU (Government producers) Scheme Phase-II and Solar Rooftop Phase-II program are aimed at the improvement of solar generation as well as adoption of solar energy in India.

With a 30% return on investment, Solar is the way forward for energy generation in the country. We at Freyr Energy, feel that this is an opportune time to invest in Solar. We have seen huge growth in solar panel installation in Hyderabad, Delhi, Pune, Nagpur, Vijayawada, Chandigarh, Bhopal etc.

Our efforts have always been focused towards providing our customers with the best quality services at affordable prices. Choose Solar today, for a clean and green tomorrow.